A 1-0 win over FC Dallas puts New York at the top of MLS with four games to play.

Every week for the rest of the year, we'll be reviewing the playoff picture and the New York Red Bulls' place in the race for the MLS Cup Playoffs. 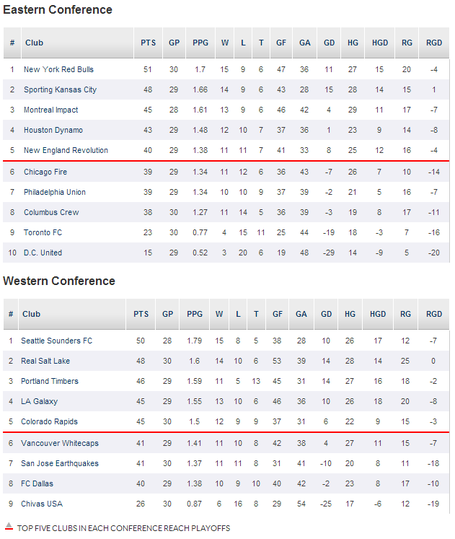 Teams Eliminated This Week: None

Points Needed to Clinch Playoff Spot: 52-55, Philadelphia & Columbus maxes out at 54 points, so depends on results.

Can New York Clinch a Playoff Spot This Week? Yes

Other Matches to Watch This Week: