MLS has a new logo and it is awful

If the old one was too literal, this one is too abstract. And minimalist. And boring. And has a kickstand for some bizarre reason.

Share All sharing options for: MLS has a new logo and it is awful

For everybody who's ever complained about the MLS logo: the league heard your cries and decided to give you something to actually complain about.

Earlier today, MLS unveiled "MLS Next," the league's new "brand identity." And it could be a lot better... 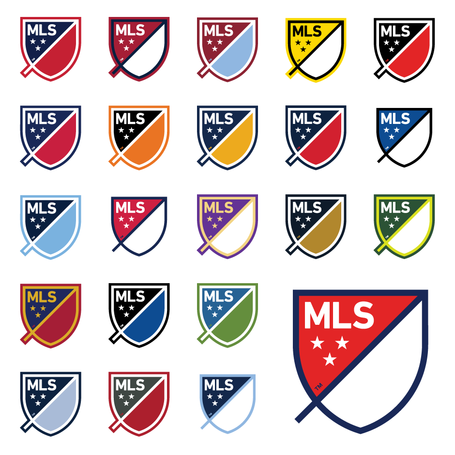 Two halves to represent...two halves? Got 'em! Stars, because, screw it, stars? Yep! Lines that represent lines? It's there! A line intersecting the logo that sticks out at the bottom for no apparent reason because fuck it? WE GOT THAT, TOO!

If you think I'm joking, just take a look at the MLS Next site...

SLASH: The slash refers to soccer's speed and energy. The slash begins outside the perimeter and drives upward at a 45-degree angle to illustrate both the nonstop nature of our game and the rising trajectory of our league. It bisects the crest to create a "first half" and "second half."

STARS: The three stars represent the pillars of our brand: For Club, For Country, For Community.

PERIMETER: The perimeter represents the lines that mark off the field of play.

FIRST HALF AND SECOND HALF: The first half contains MLS and the three stars. The second half is an open white space that brings you in and out of the MLS world.

It reads like a high school sophomore's attempt at interpreting poetry and ends up sounding as if they've successfully taken a shield and combined it with a line graph. Truly inspiring stuff.

Plenty have been lukewarm about the league's branding. And coming up on it's 20th anniversary, it makes sense that the league would want to make a drastic change, to help shed the sometimes earned, sometimes unearned image built up over the previous 20 seasons.

But they've taken a foot kicking a ball -- literally, the action the entire sport of soccer and the billion dollar business that's sprung up around it is based on -- and replaced it with a shield with a kickstand.

The idea, according to MLS Next's FAQ is to "say 'soccer' without the literal ball and cleat." Which is fine. Finding ways to express ideas about your brand, ideas like physicality, competition, determination or the global nature of the game -- things you'd assume MLS would want to convey -- is why you hire a firm to work with you.

But they lumped it all in a slash that sticks out the back of the shield like the designer couldn't color inside the lines. Instead of saying "soccer" the new branding is too minimalist to say anything but "shield with a kickstand." It's too abstract to say anything.

But at least now all the would-be graphic designers out there who couldn't stand a foot kicking a ball -- literally what you pay to see soccer players do -- have something to complain about now.