The New York Red Bulls let the players "take over" their Snapchat account, which of course meant they had to post stuff to Twitter. Not only that, they decided to take the opportunity to try and toll fans.

.@seanakiradavis is in charge of @Snapchat for a while, so ADD RedBullsNewYork and check out Day 2. #RBNY pic.twitter.com/UTrZlZAZbK

They are clearly trolling us here by hiding the jersey. It's clearly in the image, "Can't show the jersey".

Check out some of @seanakiradavis's fine work on @Snapchat at yesterday's photo shoot ---> http://t.co/ViogRFJ4iH pic.twitter.com/gv6BNtggyO

It seems however, that the Red Bulls screwed up on the first picture. Let's take another look at it. 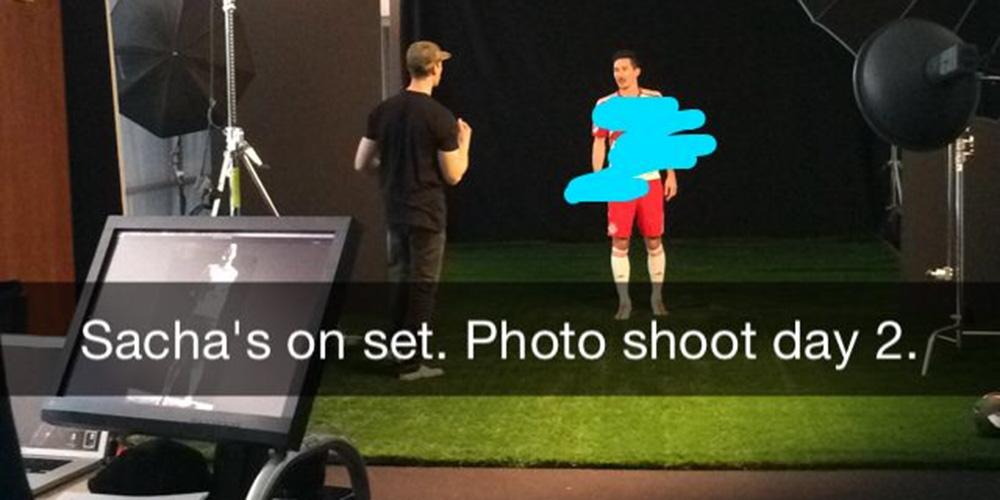 While they clearly covered up the jersey that Sacha Kljestan is wearing, they seemed to miss something.

It's hard to make out, but the sleeves on this photo that had to be taken earlier in the photo shoot seems to be a non-white color. Maybe it's the jersey that was previously leaked? It certainly seems that way, especially when you consider this photo. (Source: Google+)

Pay attention to the left side of the photo, and what appears to be the back of the jersey. This isn't definitive as the whole jersey isn't show, but it's the closest we've come to an official announcement from the team, but it seems the original leak was correct after all.