Monday August 4th was the first day that current New York Red Bulls season ticket holders could renew their seats for the 2015 season and I had it marked on my calendar at the first email alert from the team.

It's not just that renewing early makes you eligible for their promoted "30 Days of (actually some seriously cool) Prizes" or that you can renew at the same cost as last year (and the year before, this being my third year in these seats for the same 2012 cost) or even that you can spread the payment interest free over several months (my credit cards thank you for this option), but that these seats are the best value in sports I've ever seen. 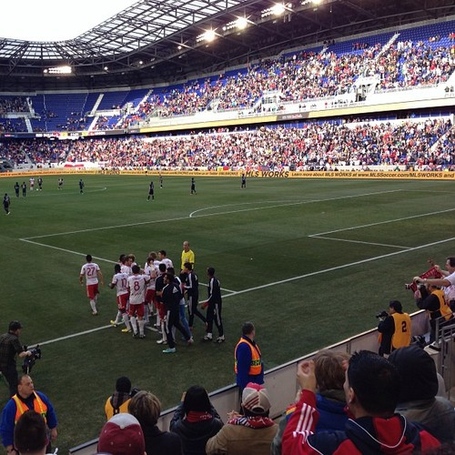 I've long dreamed of being a season ticket holder of any team that I loved, but there's waiting lists for NFL stadiums, far too many home MLB/NBA/NHL games to attend, and the costs of any such pro-package are prohibitive to begin with and always rising. But after buying a 10 game pack in 2011 and going to about 15, upgrading to season tickets was the obvious move for me.

Since then the STH benefits have always impressed me. Whether that's free swag like soccer scarves, hats, a jersey, and a warm up jacket (all of these over the last three years), or incredible STH-only events like the team parties to start each season (forget photos and signatures with the team, I feel like I already got my money back at the open bar - in Manhattan no less!) or autograph sessions or open team practices, I've been made to feel special as a RBNY STH.

Add in the free game every year (hello Arsenal! which I actually went to), the option to buy USMNT or other specialty tickets first, the free Open Cup matches, the free upcoming Champions League matches, AND free tickets to the playoffs - I'm going to over 20 games a year at Red Bull Arena. Broken down by cost per game, it's not the end of the world when I have a wedding one weekend and miss a game - another friend can go and not worry about having to pay me back the incidental cost. 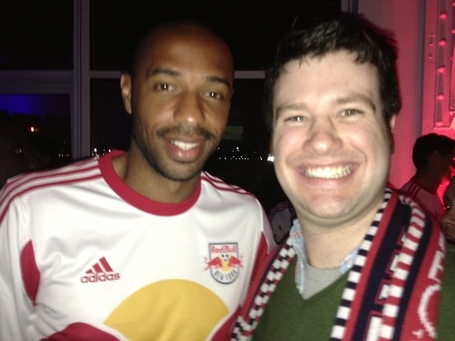 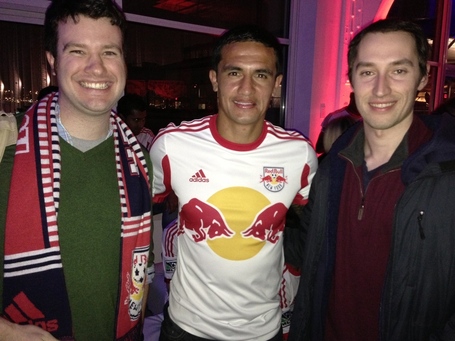 For someone that doesn't like baseball, the MLS season matches up perfectly and has given me so much in return for my membership. At least all soccer matches only take 2 hours, so when you get a beer before the start, at half, and use the bathroom before you leave, you won't miss any of the game and can plan on when you'll be returning home. Plus I can follow the league easily with daily MLS emails that make the 1-2 weekly team matches possible to stay on top of and often watch live without being in front of the TV every day.

No fan experience is without it's flaws, but you can't tell me that it's much less difficult and time consuming to get to the Meadowlands or CitiField in time for a game and back home at night. Yes, the PATH weekend situation aggravates this commute in 2014, but it can't be worse next year; it'll probably be better. NJT to Newark is fast and the walk to the arena is easy once you've found it.

All it takes is seeing just one soccer game at Yankee Stadium or the Meadowlands to appreciate how world-class and rare our soccer-specific Red Bull Arena is in the USA. Only ten others exist and only LA's can hold more fans. It may not be in walking distance of downtown but few things are in the biggest city in the country and we should all be used to subways, trains, and traffic by now.

It's time for you to commit. Listen to the awesome weekly fan podcasts, read the blogs, go to the bars for away games, follow the team on social, and become a fan. The front-office may not have bought the player you wanted them to but otherwise they're doing a good job, so appreciate it and pay the small amount these tickets cost to keep the team moving forward.

It may be Henry's last season but it shouldn't be yours. 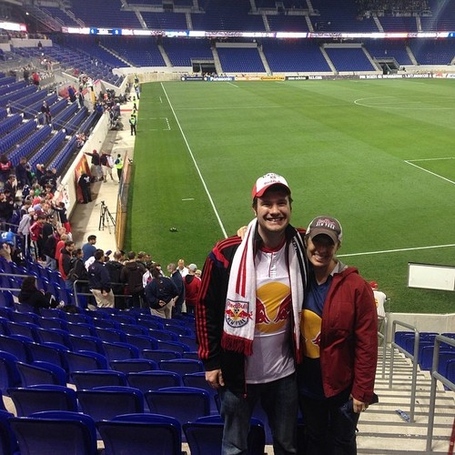 Peter Knox is a STH in Section 103 and tweets during warmups and halftime at @PeterKnox. He's found at MMM Bellos Pub before home matches and at Woodwork Bar in Brooklyn for away ones. The Bronx is just as far away from his NYC apartment as Harrison NJ.