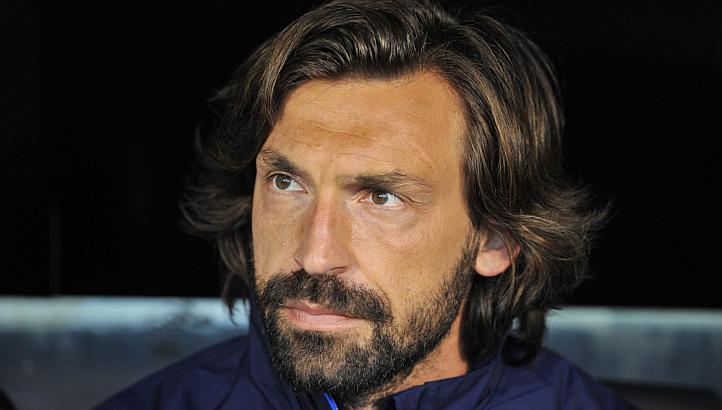 Should Juventus win the Champions League this year, then maybe us Red Bulls fans might love him a bit more. According to an interview with La Gazzetta dello Sport, Andrea Pirlo has stated his intentions to leave Italy if Juventus get past Real Madrid and then either Barcelona or Bayern in the final. It's a tough task for the Old Lady, but certainly one they are up to. Let's just say everything goes perfect for Juventus and they win the Champions League. Pirlo finally gets another Champions League, says his farewells to Italy, and starts looking for a new club. Well, this is where the prospect of Pirlo coming to play at Red Bull Arena begins to stutter. "MLS could be an idea, but for the moment I don't have anything," Pirlo stated. Well, it's not a certainty that he'll come to MLS, and even if he did, there's a possibility that he could go to, say, Orlando City and link up with former teammate Kaka. There's a number of teams Pirlo could go to within MLS that aren't called the Red Bulls. However, I believe that our rossobianco would be a great transition from the bianconeri. 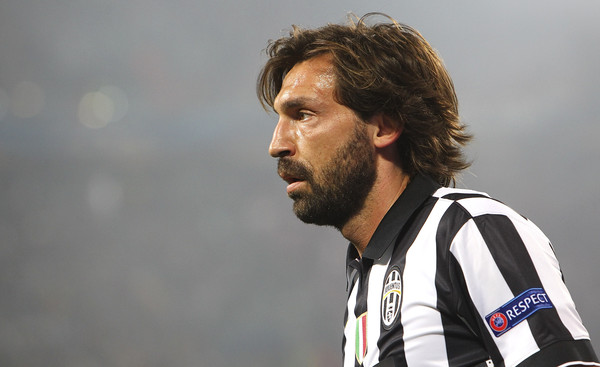 Andrea Pirlo has stated that winning the Champions League in his final season with Juve would be a "dream come true".

Before I get started with reasons why New York would be best for Pirlo, let's talk about what he could offer to us. Firstly, he can play anywhere from a conventional #10 to his preferred regista position, the classic deep lying passer. As stated before, he is an immense passer of the ball. An inch perfect through ball, an immaculate long ball over the heads of the defense, any type of pass, Pirlo can do it. Also stated before, his free kick ability. Whether it's a perfect curler into the upper 90 or an indirect free kick placed with perfection, Pirlo can do it. He's got a fantastic first touch and ball control. Pirlo was never the fastest player, and he's definitely at his slowest in his career, but that takes nothing away from his ability to simply walk past defenders and keep the ball at his feet. He's also fairly confident in the tackle, often just sticking a foot out and managing to win the ball with ease.

Now, what exactly does the team offer to Pirlo? Well, the biggest positive in my eyes would be a revitalized BWP. He's a proven finisher, and Pirlo works pretty well with proven finishers. The biggest problem is that BWP is suffering from not having a world class passer of the ball. Kljestan is not the worst passer in the world, but then again, he's not exactly Henry or Pirlo. Another positive is a similar midfield setup. The Red Bulls don't use the same diamond Juventus do, but our 4-2-3-1 has similar roles for the midfield. Every midfielder is expected to contribute to both defense and attack, often rotating positions. At Juve, the 4 midfielders, often Pirlo, Pogba, Vidal, and Marchisio, were constantly rotating positions. The same will be happening but with just 3 midfielders. Hopefully, these 3 will be Pirlo, Kljestan, and Dax. This leaves out Felipe, and frankly, it's for the best. It's not to say Felipe has been bad. He's been a good player, especially considering he starts off the game in a deeper role that he is not comfortable with. Putting Felipe on the bench means a stronger bench, something that I believe the Red Bulls are lacking in this year. His playmaking abilities could come in use later in the game. 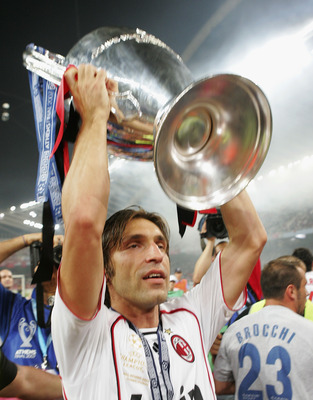 An unbearded Pirlo lifts the CL with AC Milan in 2007.

While Pirlo might be lacking in youth and pace, his experience and ability as a footballer are unmatched by anyone on the Red Bulls. Not only that, but he would sell shirts, fill up the stadium, and make the Red Bulls an attraction again. Without names like Cahill and Henry, the Red Bulls could see themselves playing second fiddle to NYCFC with the likes of Villa and Lampard playing for them. So, Andrea, guide your team to Champions League victory. Not just for yourself, but for the Red Bulls too. Can't be too hard of a task, right?